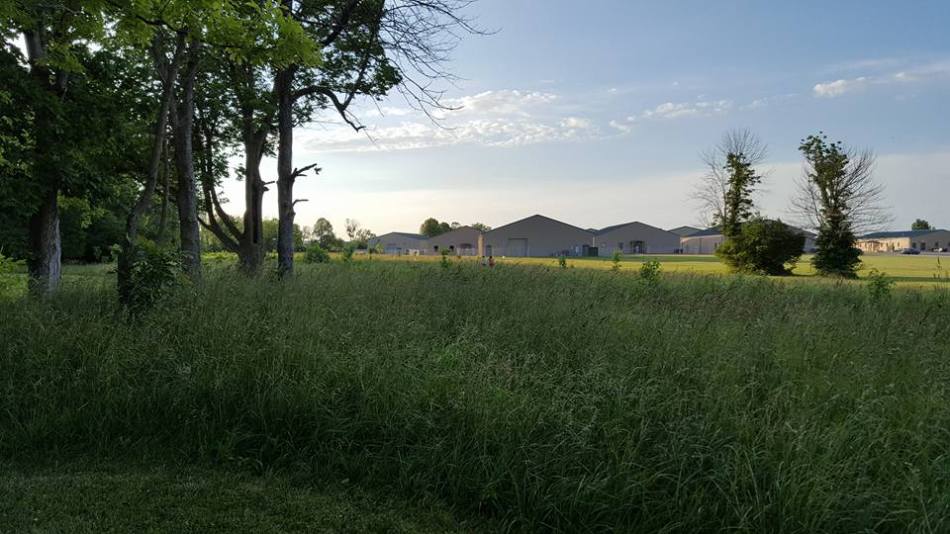 I haven’t really consistently journaled, but off and on over the years, I’ve written down some thoughts and events and sent updates to family while training with the Army. It’s interesting to see how different life was just four years ago. For instance, we had a different President. I was busy conducting annual training as an Army National Guard officer at Camp Atterbury in June 2016. Four years later I’m an active duty Army chaplain.

Saturday (Day 1)
Good Evening Family,
I am beginning my two weeks of annual training with my National Guard unit, so I thought I’d do a bit of “journaling” and share some of the day to day happenings with you when I have time. Today I woke up to a foggy morning at 3:30 AM. In the Army we would call this zero or “O” dark thirty. I arrived at the Armory at 4:30 AM and got a accountability of the soldiers in my section (the intelligence section). I have a private first class and specialist who are with me for this training in my section. Both are trained in military intelligence. One of the soldiers traveled from Louisiana and the other one from Mississippi. I suggested both spend the night in the Middle Tennessee area the night prior so they wouldn’t be too tired for the drive this morning. One of them followed my advice, the other one didn’t. The soldier who left MS last night couldn’t help the other soldiers drive b/c he didn’t have enough rest. That’s OK though. He’s going to drive most of the way back to even up the share of responsibilities.
I was fortunate and got to ride in an NTV (a non tactical vehicle). We don’t currently have enough vehicles for all the soldiers, so I rode in an HHR (it’s similar to a PT cruiser). I drove the whole way w/ another Captain. We left Lebanon around 7 AM after stopping at Chick-fil-A. The convoy SP-ed (pronounced “s” peed) at 0600. This means they started their convoy movement. We saw them off, ate breakfast and caught up with them at the first refuel point. After we linked up w/ them, we blew past them and went to Edinburgh, Indiana which is where Camp Atterbury is. We’re about 45 min. from Indianapolis. It’s a small town similar to Tullahoma, TN–maybe a bit smaller. When we got up here, we ate at a dive and then went to Camp Atterbury to explore the installation. We figured out where the PX, laundry facility, DFAC (dining facility), motor pool (where we park all our military vehicles), barracks and orderly room was located. We also did a lot of walking to burn some calories and b/c we were tired of driving and sitting so long.

We found a USO which is pretty awesome. There’s table tennis, free fountain drinks, popcorn, hotdogs, snacks and tvs to watch the playoffs and movies. It’s perfect for soldiers. The USO is a first class organization staffed by volunteers. They are great Americans who love soldiers.

While we were walking around I found a jogging trail and the post chapel. We saw they had a Catholic mass at 1500, so I decided to attend it. We’ll probably have a Protestant mass tomorrow, but I doubt I’ll be able to break away for it. We’ll be setting up our work tents and getting busy w/ other tasks. I had never been to a mass before, so I was a bit lost in the sauce on following along. They had a guide for us and that was helpful. There were just three of us there. I read from the book of Ezra, and another soldier read from Psalms. The handout had the Nicene Creed on it which we recited as well. I didn’t take the Eucharist although the other two soldiers did. I  took a vow to abstain from alcohol, so I couldn’t do the real wine.

I would say the priest probably danced too close to the transcendence view of God during his sermon, but other than that it was OK. The priest did emphasize that Jesus lives in us and we are the church–His crowning creation. All true. Overall, the message was kind of disjointed to me. I don’t really know how the priest intended the scripture verses to tie into together.  His sermon was based on the first chapter of Luke. It was very ceremonial and very liturgical. No surprise there.

After mass, I linked up w/ our convoy that was about 45 minutes late due to traffic accident (not our guys) on I-65. I got my bags and put them in our room. Then I found our soldiers and helped them get their bags and equipment to their barracks since I had a vehicle. I also got some supplies at the PX (laundry detergent). Next, I put out the word about a staff section meeting. I was briefed on the report timelines, DFAC hours, work hours for tomorrow, uniform (kevlar, gloves, eye protection, sunscreen, etc–for our enlisted guys to set up the tents and concertina wire). At the meeting I gave out the weather forecast (part of my usual job responsibilities) and encouraged everyone to work hard to get the tents up by the afternoon. Rain coming in the early afternoon and nobody wants to get drenched trying to put up tents. I also told them to put on chap stick and sunscreen b/c the heat index will be very high.

After our troops arrived via convoy I helped them unload their gear. I had done a pretty decent job dodging the rain storms, but I got pretty soaked when I was doing that. Not something I had to do, but I wanted them to know I care about them and want to help them get settled. Golden Rule. We ate supper around 6 PM and then I had a staff meeting at 7 PM. At supper, I got into a pretty lengthy discussion w/ Chief Avery from the Regimental Fires Squadron. He’s been an artillery officer for over many years. He’s an attorney for over 20 years in the civilian world. I tried to talk to him into running for judge. He’s a great guy. We talked about strategic intelligence (what I do at Redstone) at the unclassified level and how the Chinese and Russians are trying to overmatch us militarily. As an MI guy, I always study what our adversaries are doing to defeat us, and so I always need to think like the bad guys. Then I advise our generals and colonels on what the enemy is doing or likely to do, so they can figure out how they would defeat them at the tactical or strategic levels. My job in the Guard is tactical intelligence. My job at Redstone is strategic intelligence. There is some overlap but not much. Completely different worlds. During the staff meeting, I gave updates for my section (reports I need, weather forecast, etc) and then I had another meeting at 7:30 PM for my staff section to give them information I received.
Then I went back to the barracks made my bed (top bunk), got a shower and we headed over to the USO about 9 PM EST. I was hoping to type this up for you while I was watching the Warriors game and call Bethany to check in and Mom to see how Lizzy is doing. I got mixed up on the Warriors-Cavs game. It comes on tonight. I like Steph Curry because he’s very bold in his faith. I want to see the Warriors smoke the Cavs in the finals. They’re off to a good start.

I enjoyed catching up w/ Bethany and hearing about Brooke’s shower and talking to Joseph. He was beating Bethany in chess. He’s a whiz kid. Josh and Jonathan were already asleep. I called Mom but I couldn’t reach here. Enjoyed seeing pictures of Lizzy in her new outfits this morning that Dad posted to Facebook. I told Bethany I was really proud of Lizzy b/c she noticed Benjamin had grabbed one of Mom’s Romanian china coffee cups Friday night, and she warned me he had a “breakable” object. She’s a good little girl and so sweet. I really enjoyed spending Friday w/ her. When I confronted Benjamin w/ the cup, he handed it over and said “Yes Sir” when I corrected him. Wes and Mary are doing a phenomenal job w/ that boy. He’s got a great sweet spirit. He just couldn’t resist the lure of that coffee cup. He was looking at it all during supper wanting to abscond w/ it.