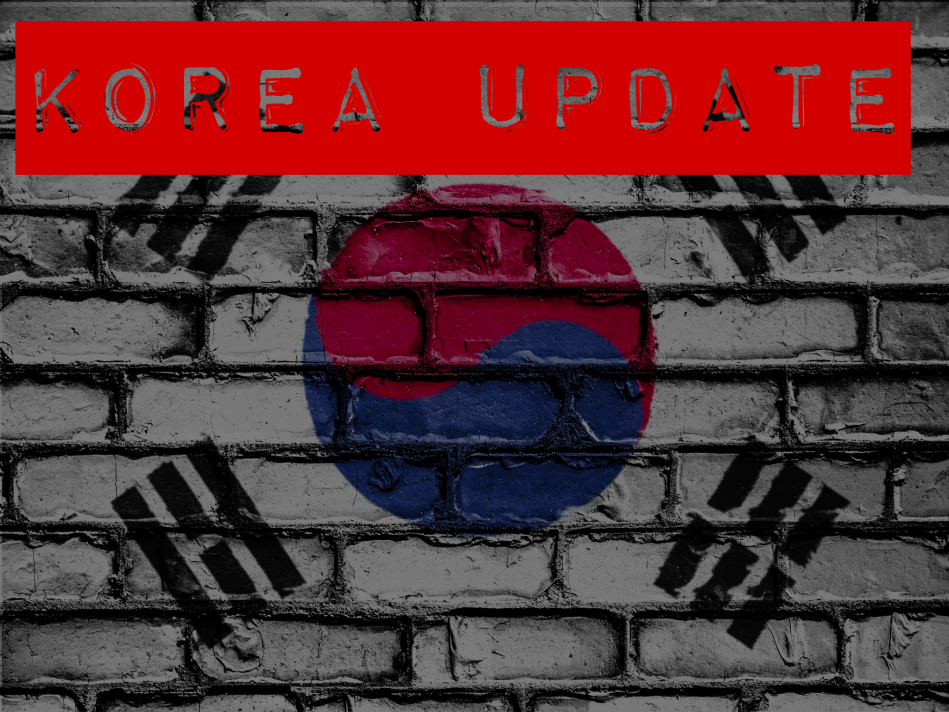 On Sunday, South Korea reported eight new cases of the Wuhan virus.* Yes, you read that correctly. Eight. The Korean government has performed brilliantly in handling this crisis, and last week South Korean voters rewarded the left of center ruling party by delivering them a resounding parliamentary victory.

Bottom line is Korea has defeated the virus–at least this first wave. Lordwilling, it won’t come back with a vengeance. Of the 10,000 plus infected with the virus in Korea, nearly seventy-five percent have already recovered. As of 17 April, 230 had succumbed to the virus. Things are beginning to slowly return to normal. On post, barber shops are re-opening. The bowling alley has re-opened and the movie theater has also. Measures are still in place to enforce social distancing. For instancing, every other lane is open at the bowling alley. However, signs of progress are clear. I would estimate South Korea is about 30 days ahead of the hardest hit areas of the United States. I’m hopeful much of the country can return to normal faster than 40 days from now. We’ve been very fortunate in the midst of our pandemic. Some of our frustrations include not being able to purchase all-purpose flour at the commissary for the last three weeks. That’s small potatoes compared to people fighting for their lives and livelihoods.

The virus has definitely kept Soldiers separated from families longer than anticipated, and that is one of the things I hate most about this pandemic. The emotional, physical, and psychological toll is immense for so many friends.

First, Taiwan acted fast. On Dec. 31, while Beijing was still denying the virus was capable of human transmission, Taiwanese officials began boarding planes arriving from Wuhan to identify and isolate passengers with fever or pneumonia before they could deplane. On Jan. 5, they denied entry to any individual who had traveled to Wuhan in the past 14 days and had a fever or respiratory symptoms. On Jan. 30, the government expanded its surveillance system to cover all travelers from China, Hong Kong and Macao. On Feb. 6, all international cruise ships were banned. On Feb. 14, an entry quarantine system was implemented that required all travelers to complete electronic health declarations. Anyone identified as high risk was placed under 14-day home quarantine and monitored electronically through their mobile phones.

Second, the government acted with complete transparency. Taiwan’s vice president, who happens to be an epidemiologist, delivered regular press briefings and public service announcements updating people on the mitigation efforts. After the Diamond Princess — the cruise ship that became a hotbed of covid-19 cases — docked near Taipei, the government published a list of 50 locations where passengers who disembarked had visited so those who had contact with them could self-quarantine. The government set up a coronavirus hotline and proactively sought out those with respiratory symptoms. Taiwanese officials also set price limits to prevent the hoarding of masks, and mobilized Taiwan’s military to help increase mask production from 2 million to 15 million a day.

Contrast this with the actions of the Chinese Communists, who punished doctors who tried to sound the alarm about the disease, ordered them to destroy virus samples and lied to the world. Indeed, Beijing’s thuggish behavior may inadvertently have helped save Taiwan: As part of its intimidation campaign before Taiwan’s Jan. 11 presidential election, Beijing banned Chinese tourism to Taiwan — which reduced the number of Chinese tourists at the very moment the virus was spreading rapidly in Wuhan.

But those efforts to isolate Taiwan may have hurt us. On Dec. 31, Taiwan tried to warn the World Health Organization (WHO) about the danger the virus posed. But because China will not let Taiwan join international organizations, its warnings were ignored as the WHO continued to parrot Beijing’s lies. Had Taiwan been a member, we would have learned several critical weeks sooner about the coming danger.

Thiessen’s article is a fascinating contrast between a despotic regime and a democratic government’s handling of the virus. It’s a contrast that the American media has largely ignored. Perhaps, Taiwan’s success stems from its understanding of the evil and duplicitous nature of China’s communist government better than any other country in the world. Consequently, they acted accordingly.

*I’m referring to COVID-19 as the Wuhan virus, because I’m tired of the evil Chinese communist regime getting a pass by the US and international media for the global disaster the totalitarian government has caused. Please watch this video in its entirety, and you’ll likely completely understand where I’m coming from w/ this decision.